Sion is capital and economic centre of canton Valais, Switzerland. Its situation on a main railway line, and its important bus station makes Sion an intermodal node.

In the project the traffic system is reorganized, combined with a redefinition of the train station. The existing train-station is demolished, and the city and station are merged, physically and programmatic. The project creates a readable situation by separating the “hard” traffic from the “soft”. This way pedestrians and vehicular traffic are in less conflict. The station square of today is replaced by a city boardwalk- the new face of Sion- parallel to the linear movement of the trains. Traditional functions are taken out of the station and mixed with other commercial/public functions on the boardwalk. The platforms are moved further east leaving the bus-terminal at the west end of the boardwalk. At the eastern end there is a taxi-stop, and parking.

Boardwalking encourages sustainable movement. The train is given the leading role. Pedestrians, disabled and bikers can move freely in stimulating surroundings. Public spaces, pedestrian walkways, and a continuous green belt meet the people using the area. Walkways improve the connection between the station and the old city. A new underground connection and an elevated bicycle/pedestrian bridge break down the barrier between the two sides of the tracks. Sustainable development is aimed for through variety of functions, high density and activity 24-7. 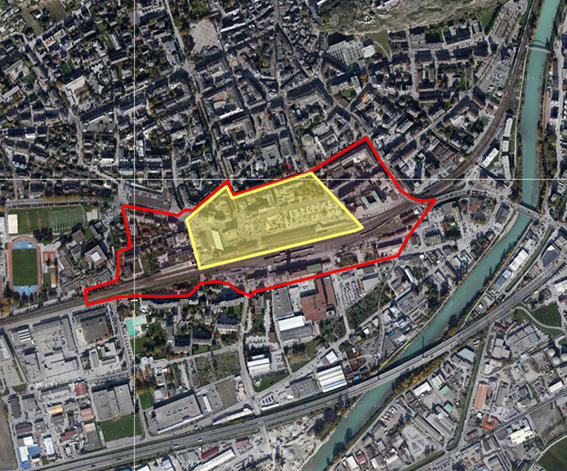 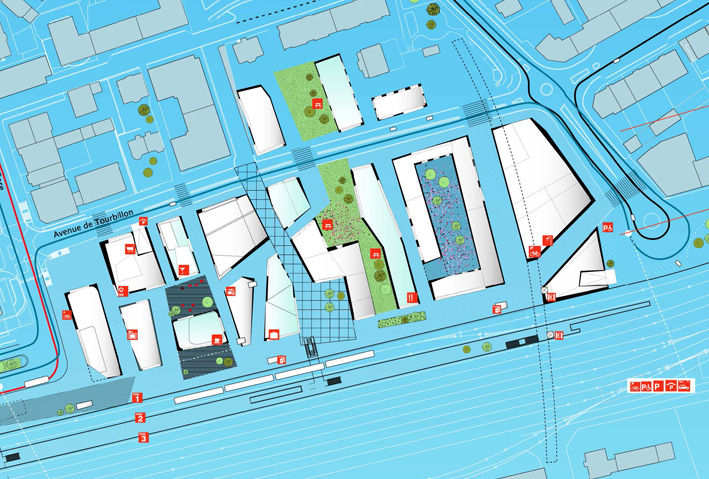 The extension both of the station into the city and of the city into the station forms a hybrid, the fusion of an extended city centre and an amenity platform, forming an island of green mobility between the rail tracks and the inter-urban road.

Here, the theme of an urban platform becomes an opportunity for a shared social life: the city benefits from the dynamism of mobility, and the dedicated railway space becomes more urban. 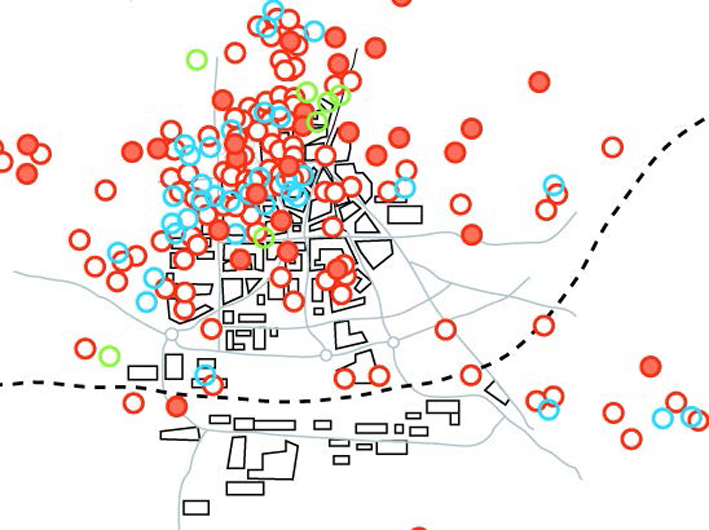 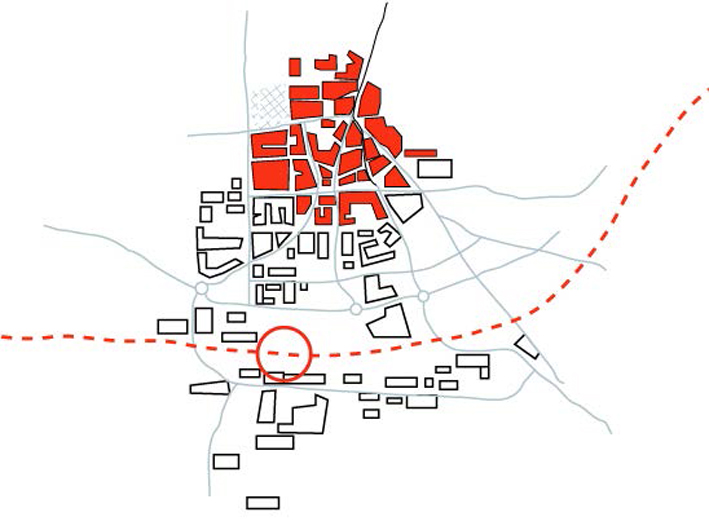 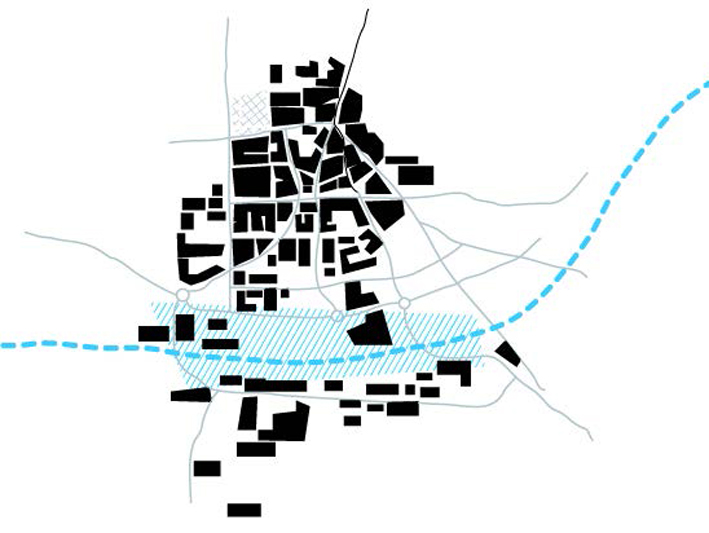 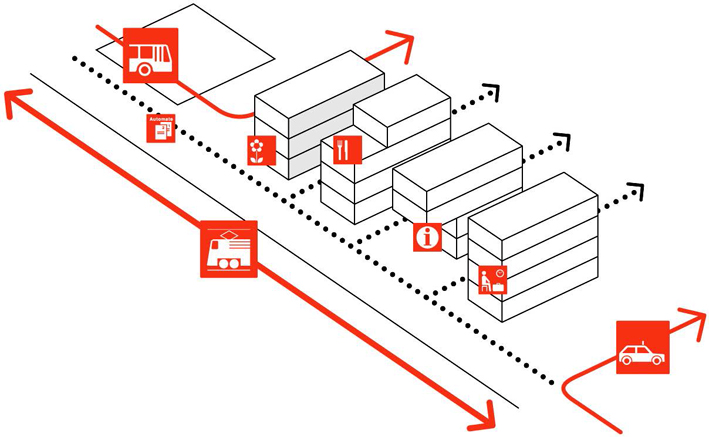 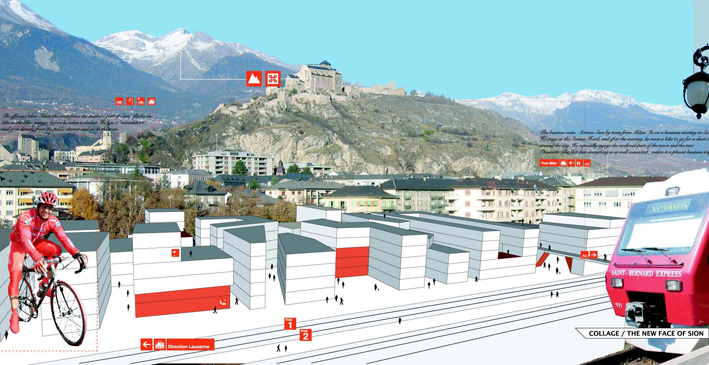