JSI, “I'm here” is an urban project that enhances and develops the image and activity of the town of Hénin-Carvin, as well as its rich territory’s existing resources, giving due importance to the people who live there.
The strategy is contextual, material and concrete for development destined to be perennial, because it is aware of its identity.
Panorama: the spectacle is total. The programme starts with the slag heap. The “pile of sterile ground” is the primary resource, exploited for its material and calorific qualities. The de-polluted sterile land is used to construct new roads. Extraction is carried out following the shape of a curve which softens the panorama. Geothermal devices supply the dwellings with heat. A room is added to an existing typology, the semidetached house. The intervention gently adds density to the fabric.
The small-sized cells, either agglomerated or not, host domestic, public or economic uses. They face the public space, giving it an urban character that invites people to walk around.
What the town wants is light and people, warmth. In the park one must be able to imagine a crowd. The openings of the park are multiplied, and the paths that irrigate it from the town intersect, tracing centrality.
The project follows the missions designated.  Not subject to any condition regarding form, it remains in compliance with the basic rules governing the architecture. Its vocation is generous. 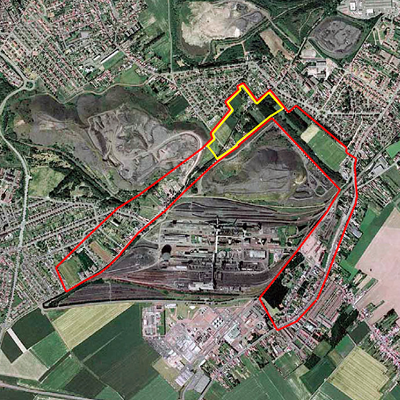 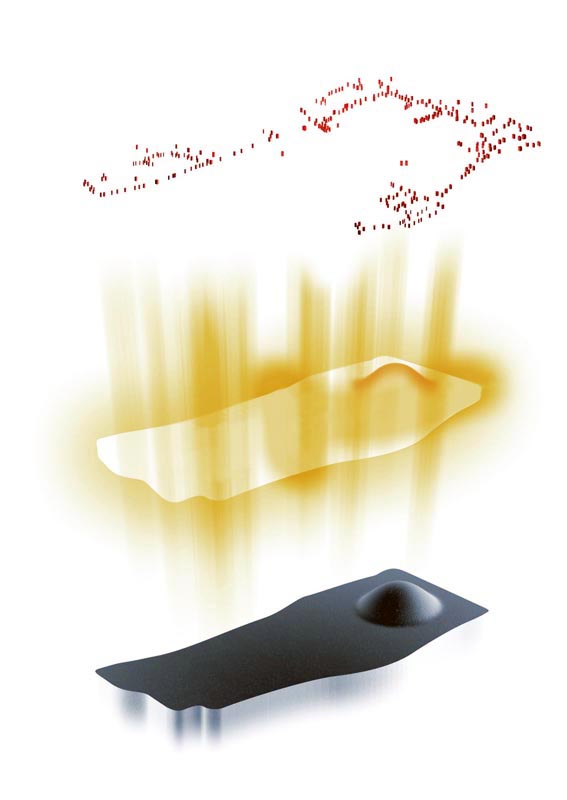 Identifying the potential of the “already there” the project intervenes gently on a “contextual, material and concrete” level: topographical interventions such as the gentle reshaping of the existing slag heap, as well as small-scale extensions to the existing buildings, generate an intensification of uses beyond “any form-related condition”. 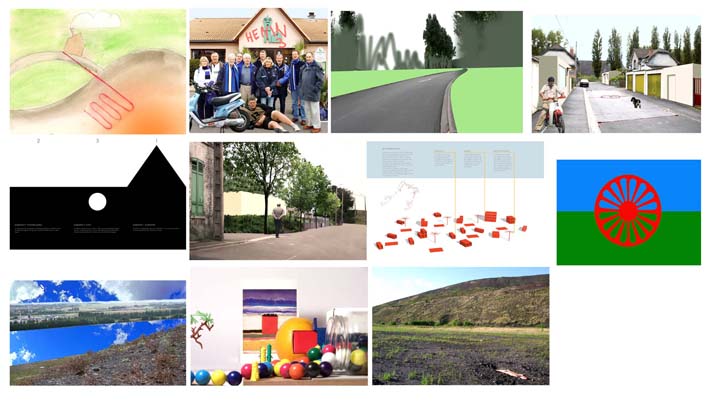 Henin-Carvin's existing public spaces are spontaneously activated by the introduction of micro-uses, and the main park is enhanced by the transformation of a softened slag heap into a monumental landmark. 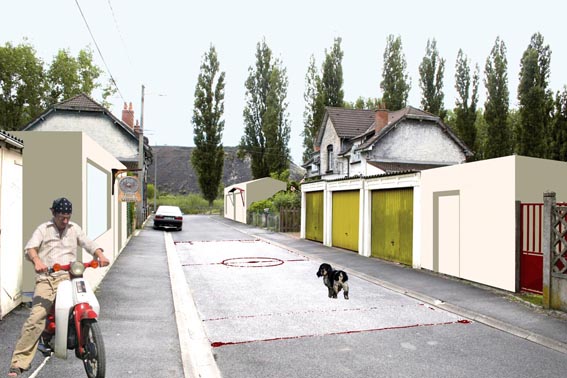