The Rhone and Arve River, with their rich green embankments are perfect the way they are. But only where they meet the beauty of their true nature is fully exposed to Geneva’s inhabitants and visitors. Standing there, exactly between these two strong characters, observing their struggling and dancing in an eternal collision and feeling their power, proved to be an experience with the same magnitude as observing the mechanical power of the Jet d’Eau.
The idea is to exploit and enhance these qualities, by gradually dissolving the existing city structure into an urban area that is very much aware of its unique context. The main concept is to extend the green zone from just the tip, as described in the territorial map of the city, to the existing housing blocks bordering the project site on the east. The whole existing area is converted into the ‘Parc Culturel de la Jonction’. In this new park, the city should open up to both rivers and their green walls enclosing the site, slowly unveiling the qualities of the surrounding nature.
A ‘green urbanity’ is created that contains a great variety of public functions. By inserting the new, diversely programmed blocks – including a theatre and a school, swimming pool, child day-care, a restaurant – in a very precise manner, the area is organized in a way that many different levels of public spaces are created. Between the new and existing buildings, between the blocks and the landscape and within the buildings, public, semi-public, collective and private spaces are created on a formal, psychical and psychological level.

Pointe de la Jonction vs. Carouge Bachet.
“La Pointe de la Jonction” site is on standby because of the different political positions of the Geneva Canton departments affected by this strategic site.
In 2009, the State of Geneva commissioned the team to produce an alternative study in the Carouge-Bachet district for a public space plan around the new underground station and a densification plan for the neighbouring Bachet villa district. The main idea was to produce a plan that could be implemented in different stages, following the layout of the existing plots. The urban plan is for a building with shops and services on the edge of the villa area and the new station square. This volume acts as a noise barrier between the residential area and the multimodal hub. On the square, the building forms a glass wall, and from the new district people see a grassy undulating line. This design will form the basis for the legal planning documents.
Unfortunately, after the delivery of the final documents for the study of Carouge-Bachet district, the team was not recontacted, nor invited to the competition launched for the development of public space. 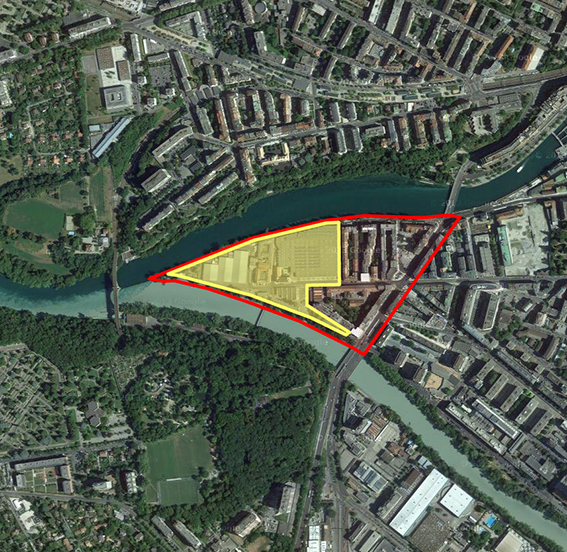 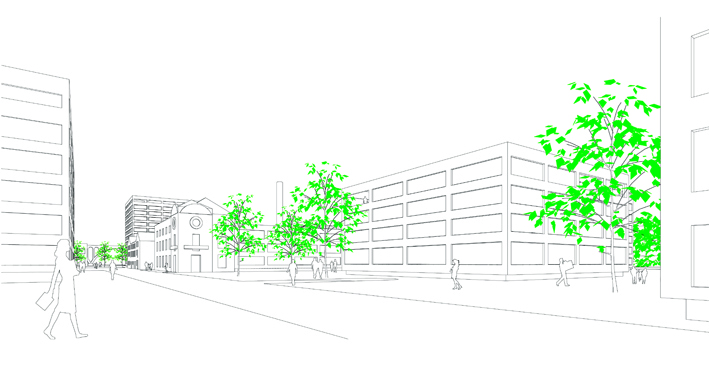 The natural character of the location acts as a counterpoint to the introduction of a very precise geometrical structure, which juxtaposes new and existing buildings to generate a diverse series of interstices in which public space can take root.

Successful work on typological variations based around a square figure surrounding an empty space. This conceptual and formal programme is underpinned by a proposal on landscape and the large scale, and substantial programmatic variation, two points which gives meaning to the proposed design. 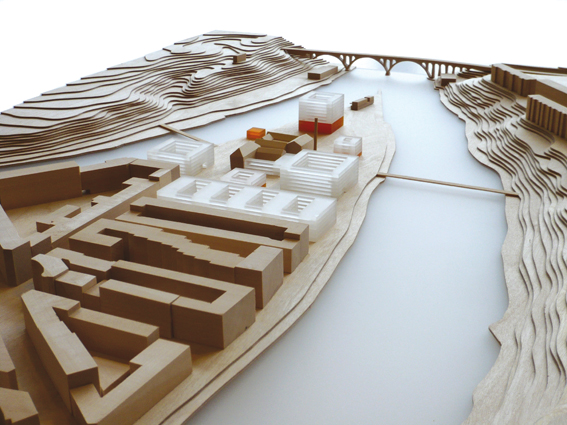 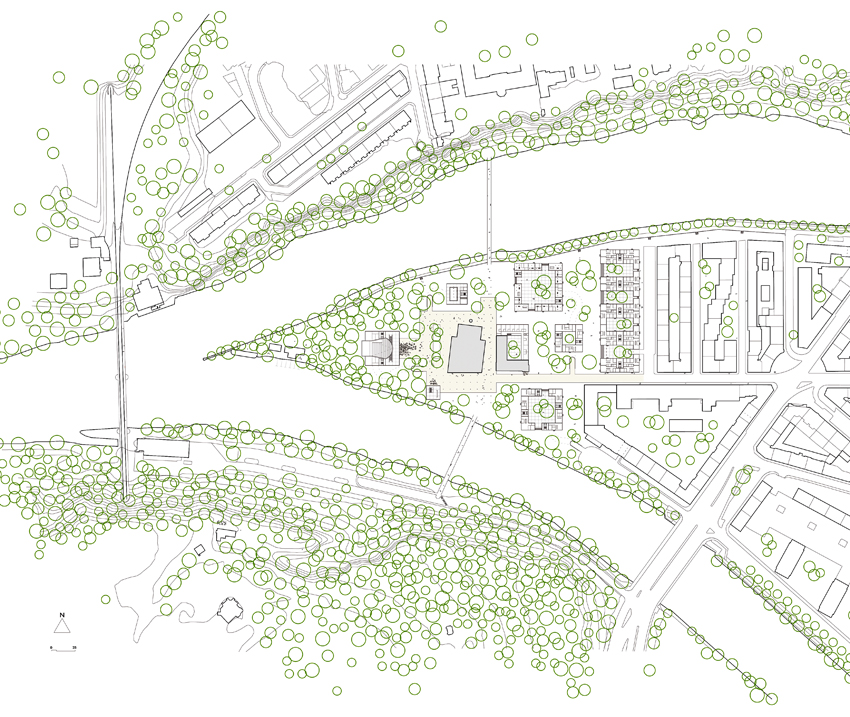 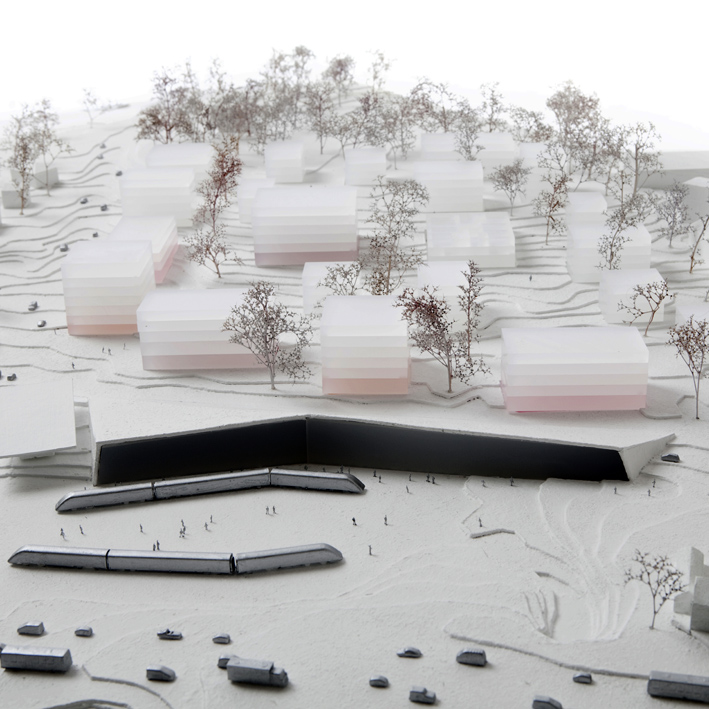 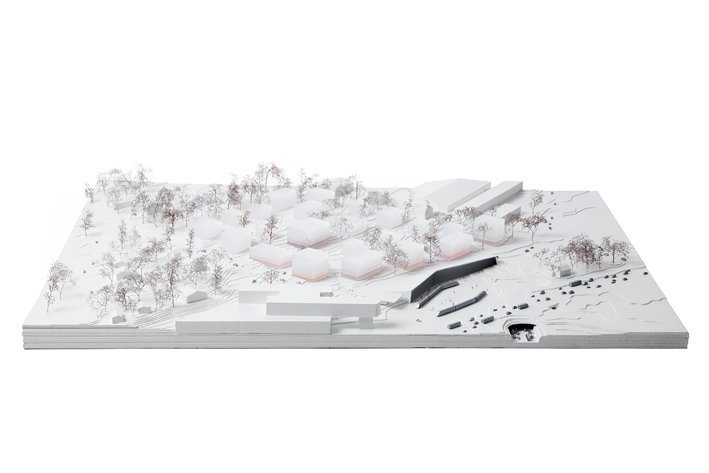 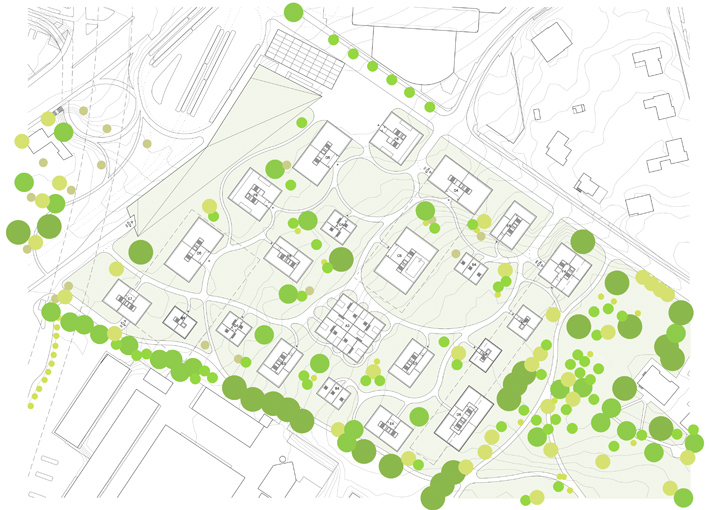 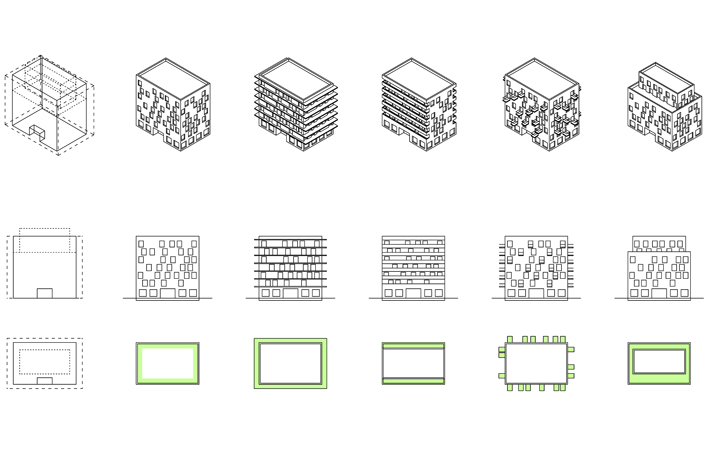 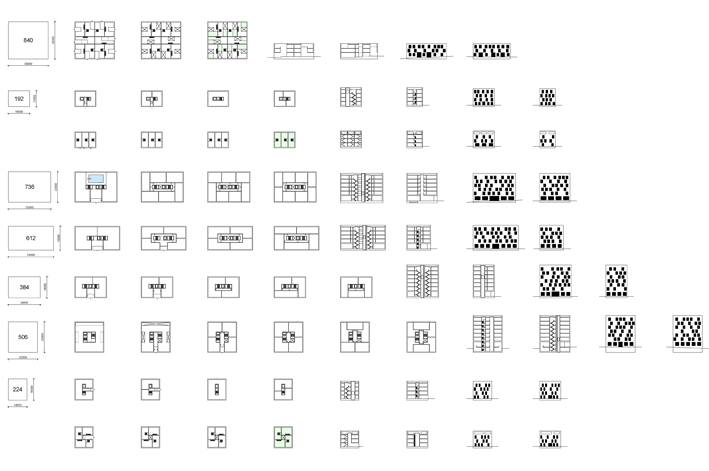 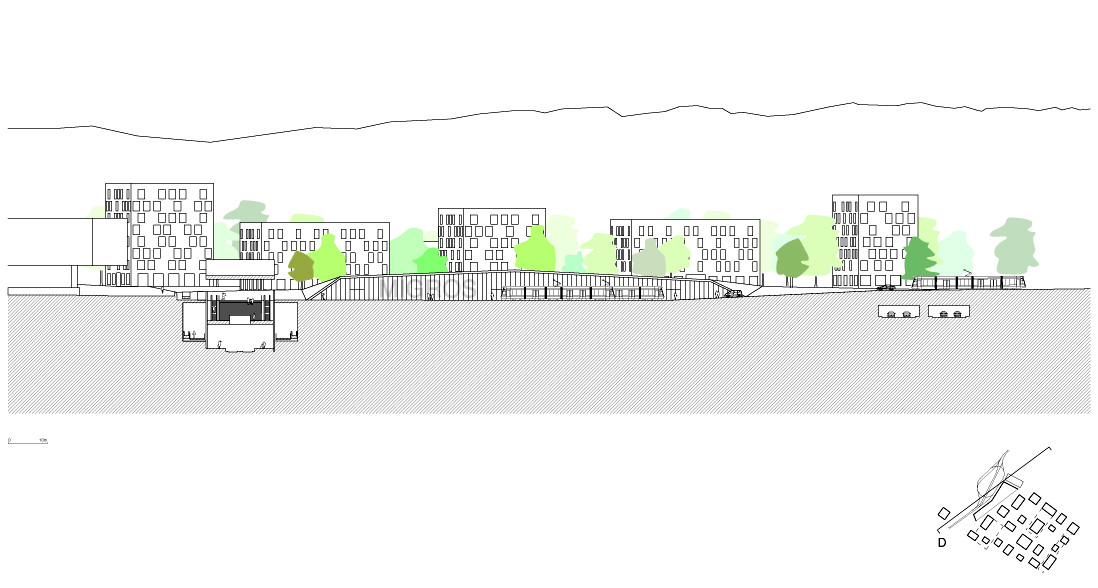