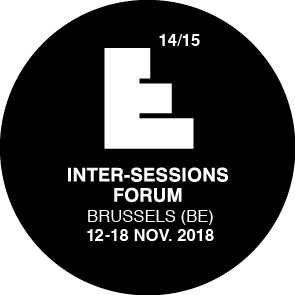 Brussels, being an European capital, is well connected to European cities, which enables to get to Brussels in different ways possible.

You can reach Brussels by plane.
Brussels Airport is located 12km away from the city centre.
Shuttles are available. One-way ticket costs €4,50. Have more information here.
Trains are connecting the airport to Brussels Central Station, the journey takes 17 minutes. For more details concerning the schedule and tarifs: SNCB.

It is also possible for you to get to Brussels by transnational trains such as: Thalys or Eurostar.

- Brussels Central Station (Gare Central), which is located in the city centre.

- Brussels Nord Station, in the northern parts of the city. Several tramway lines will get you to the city centre: lines 3 and 4.

- Brussels Midi Station, southern part of the city. To get to the city centre, you could take the metro lines 2 and 6. You could also take a train. For more details concerning the schedule and tarifs: SNCB.

To travel inside Brussels, besides walking, you can use the public transportation, the local bike service or take a taxi.

Several tramway, metro or bus lines go through the city.
Around the Centre of Fine Arts you have the tramway lines 92 and 93, the metro lines 1 and 5 and bus lines 38 and 71. The closest tramway station is Palais, the nearest metro station is Central Station and the closest bus station is Bozar.
Click here to access all the maps and lines in Brussels.

As many other cities, Brussels has its own bicycle sharing system called Villo!, available for €1,60 per day.
There are many Villo! stations in the city. The closest station to the Palace of Fine Arts is Palais Royal/Koningsstraat Paleis.