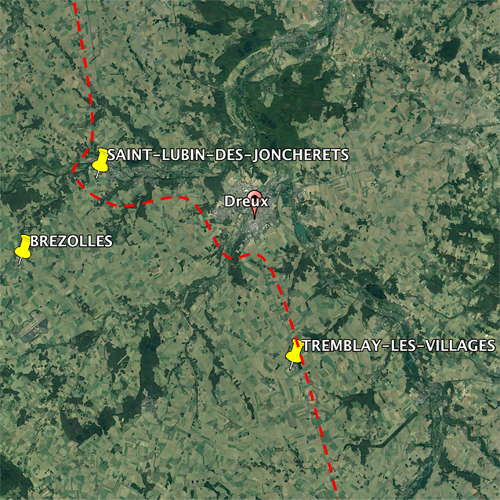 Owner of the site Private and public land

Located at the entrance of both Ile de France and Normandy, the Agglo du Pays de Dreux is an attractive territory (regular arrivals of households from Ile de France settling in smaller towns in the area). This territory is also marked by numerous important roadways ; such as the North/South Rouen/Orléans axis, the RN154 road, the East/West Paris/Rouen axis and the RN12 road. The local authority has proposed sites that are focused on the integration of economic activity zones into its peri-urban and rural territory (outside the urbanised core that includes the towns of Dreux and Vernouillet), in view of the future A154 motorway axis and development opportunities (economic development, evolution of the mobility and residential policies) that come with this state infrastructure project.

The expected answers will aim at providing, in a prospective way, clarification for the municipality regarding how to develop its vast territory (l’Agglo du Pays de Dreux) in a way that will deal with new economic development perspectives and the change of its physiognomy. The answers should provide normative principles to guide the Agglo in the development of these « activity districts » that are to be built, extended, rehabilitated and managed. Therefore, through the 3 submitted sites, the municipality aims at showing exemplarity in dealing with the heavy economic developments of our territories within the peri-urban and rural context. The Agglo also wants to work on the ability of these territories to create tomorrow’s « productive city » on the premise that these artefacts (road link, economic activities,...) are considered as the future components of resilient and active territories in the ecological transformation of the 21st century.

The three sites form a North/South chain located along the future road alignment :
- creation of a 40 ha economic activity zone (ZAE) included in the programme for territorial cohe­rence (SCOT) near the expected motorway interchange of Saint-Lubin-des-Joncherets (4355 inhabs). This municipality is directly connected to the Paris-Normandy axis in Dreux’s urban area’s zone of influence.
- 10/15 ha extension and requalification of an economic activity zone (ZAE) in the town of Brezolles (1850 inhabs), outside the influence of Dreux’s ur­ban area as it is located at the fringes of the Agglo and oriented towards the rural territories of the Perche
- 10/15 ha extension of an economic activity zone (ZAE) near the town of Tremblay-les-Villages, between Chartres and Dreux’s urban areas’ zones of influence

These three economic activity zones and their development in relation with the expected motorway axis, are questioning the mutation of forms and uses of an urban type that has been inherited from the 20th century. They lead to a transversal thinking on its evolution :
- landscape integration in agricultural territories and coexistence with heavy road infrastructure
- urban integration and coexistence with inhabited centres/borders - conception that integrates logics of diversity of use,
- role of these areas in the life of rural peri-urban territories
- role in the water cycle and the use of renewable energies
- management of built-up areas in a perspective of adaptability, resource-economy and resilience.
The urban, landscape and architectural thinking on the development of these three sites is directly related to the issues of the Europan 15’s theme :
- impact of the development of road infrastructure and the industrial hold on agricultu­ral lands endowed with nutritive and environmental functions (pollution, soil permeability, fauna-flora habitat...) : the question of resources;
- Proximity/distance issues, connection/disconnection between housing and employment districts, the issues of daily commutes and exchanges : the question of mobility;
- residential policies that can be developed in these sectors by targeting a strategy of local employment: the question of spatial and social equity. 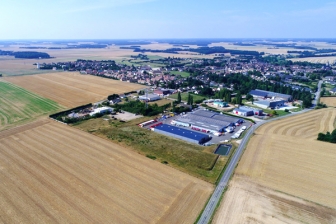 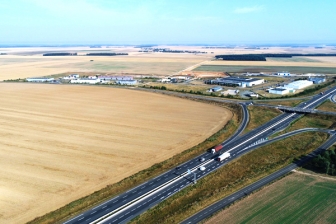 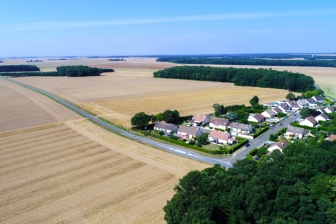 Hello, Can you tell us who the owners of the plots composing the proposed sites are? Thank you in advance for your answer.


IMPLANTING
Ensuring the cities to be both productive and sustainable, they have to interlink resources, mobilities and conditions of fairness so that to create new dynamics according two aspects: productive milieus and productive uses.

Productive uses
Uses can become productive if they go beyond their own functional limitations: productive uses work as a trigger that can initiate dynamics of change in a way that transforms the surrounding environment. They are a response to a situation in which an absence of dynamics has led to a powerful "use-ambition", the demand for a credible programme, a catalyst for change that fits smoothly into the existing context.