INTERVIEW
Click on the images to enlarge
1. How did you form the team for the competition?
Our team was formed during our studies at architecture school through common relationships. We share the conviction of using our skills for virtuous and sustainable purposes at the service of the majority.

2. How do you define the main issue of your project, and how did you answer on this session main topic, Living cities? How did the issues on metabolic and inclusive vitalities and the questions raised by the site mutation meet?
A Living City finds its genome in an urban ecosystem that promotes an ecology of natural and inhabited environments, a social ecology and an economic ecology. One of the main conditions for the existence of this ecosystem can only be achieved with a re-territorialization process by re-creating the link of consciousness between individuals-inhabitants and territories and by re-instating neglected practices and repressed memories. Spatial inequalities between individuals is the main problematic to which our project responds.
These inequalities have been favored by the latest innovations in mobility and telecommunications: the democratization of private cars, high-speed trains and airlines have expanded the notion of proximity. New telecommunication technologies such as social networks and soon metaverses have favored the development of a "telematic agora" (Magnaghi). The appearance of this immaterial cyberspace "dispenses" the individual from going to the physical space to socialize; daily gloom and mediocratization of "urban" spaces are as many reasons to withdraw at home behind a "connected" screen: causes and consequences merge and feed each other.
These innovations have often been wrongly presented like a solution to territorial fractures. Indeed bringing a high-speed Internet network to isolated/abandoned territories isn’t enough to create jobs. Same for the dematerialization of administrative procedures and certain public services which deprives individuals of interlocutors who are the guarantors of their recognition as citizens and inhabitants of a territory. Even if they have encouraged a decompartmentalization of minds and cultures, new mobilities are transforming the job market and allowing an exponential distancing of living/working places, making individuals even more subjugated and deterritorialized. Accessibility to natural environments, public spaces, community services, infrastructures and equipments is not equally distributed throughout the territory. These markers of inequality have been revealed and reinforced by the CoVid-19 crisis. The resonance of "Care" is therefore twofold: in order to take care of the other and ourselves, we must take care of the milieu between us. Taking care of the milieu consists first of all in preserving its integrity by becoming aware of its fragility. It is then necessary to encourage its habitability and urbanity by identifying its endogenous qualities, preferring a meticulous transformation of existing structures, capitalizing on the "already there"/the "common good”.

The voids in the urban space constitute its central nervous system, providing multiple energies and information. However, the void is often residual and left behind by a succession of building gestures. Looking at it differently becomes urgent. Where the built defines the void at the scale of the building, it is the voids that defines the builts at the urban scale. The voids in the urban fabric must be reconsidered as generative figures. In the sense that their reorganization in the form of social-cultural, agrarian, forestry, biotic, hydrographic "ecosystem systems" makes it possible to deduce the organization of the builts of the urban fabric. The cities would be able to ensure their reproducibility and their sustainability only by preserving at all costs the integrity and the complexity of the ecosystems which compose them.
4. Have you treated this issue previously? What were the reference projects that inspired yours?
These issues are familiar to us. They have been systematically addressed in our various projects and studies. Particularly through concepts such as complex thinking and transcalar approach.

5. Urban-architectural projects like the ones in Europan can only be implemented together with the actors through a negotiated process and in time. How did you consider this issue in your project?
The project anticipates these questions through a phasing based on socio-demographic and geographical knowledge or memory and place’s (in)awareness. Partnerships, consultation processes, workshops are necessaries and specifics tools for the study to go on. The complementarity of the interventions/programs while preserving their independence guarantee the project’s resilience, phase after phase.

6. Is it the first time you have been awarded a prize at Europan? How could this help you in your professional career?
This is the first time. We hope to gain access to the project management and other contracts in our own name.

Has your team, together or separately, already conceived or implemented some projects and/or won any competition? if yes, which ones?
The team collaborated together on the entire project, for the study, design & graphic realization part. This study is the first one that we realized as a group.

- Léo, Maïlys & Toni collaborated as scenographers in a mission supported by the city of Clermont-Ferrand and the ENSACF (theme "Asylum": history of migration in the Clermont-Ferrand metropolis), as well as in the framework of the 21st Rendez-vous du carnet de Voyage of Clermont-Ferrand.
- Toni as a collaborator with PIXEL 13 in a mission to raise awareness of architecture in elementary school in Clermont-Ferrand
- Yves has participated in the design / implementation of many winning projects as project manager for the agency Hamonic + Masson. Notably the Quai Saint-Serge site in Anger and the Arsenal eco-district in Rueil-Malmaison,
- Tom has contributed to the design of several projects at Atelier du Rouget - Simon Teyssou et Associés, including the Cultural Center of Le Rouget, a BBC housing operation in Coupvray and the rehabilitation of Cantalian barns into Digital and Cultural Barns in Vic-sur-Cère.


Does your team share a common workplace? if yes, give us a short description:
The team is resilient towards new telecommunication tools and issues related to telework: it is through these tools that we collaborated to answer the competition, while being dispersed between Limoges, Paris and Clermont-Ferrand. Within the framework of a continuation of the study, a working place could be considered at 74 avenue Baudin, 87000 Limoges. 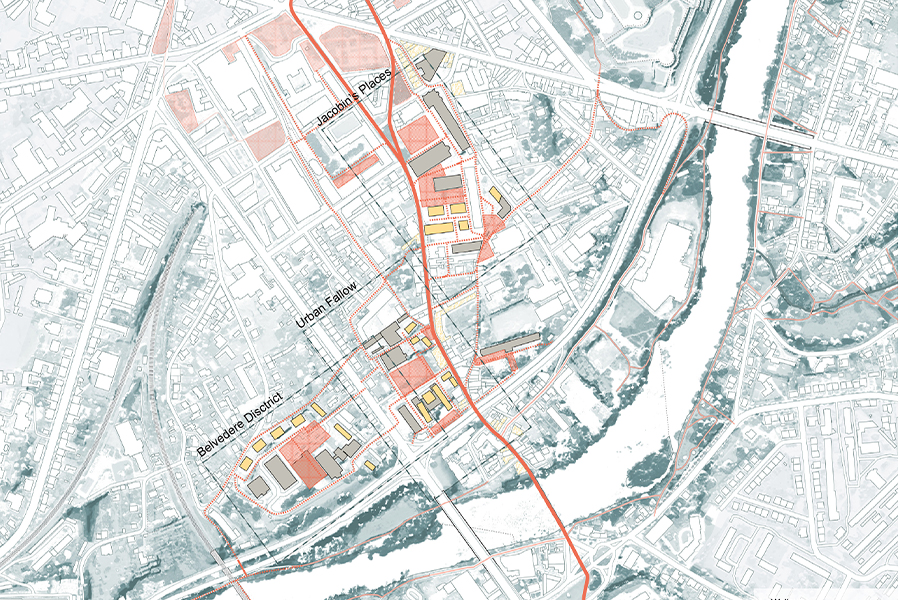 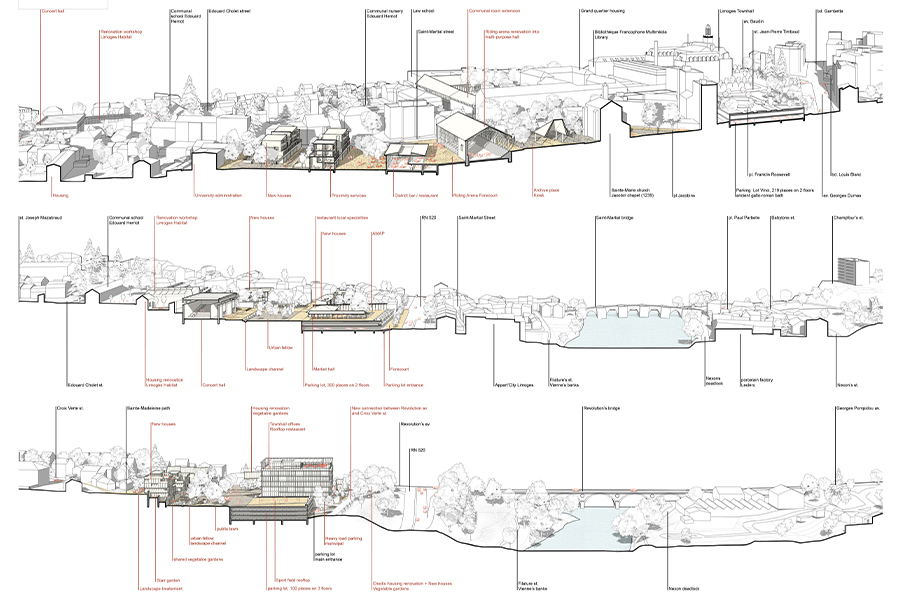 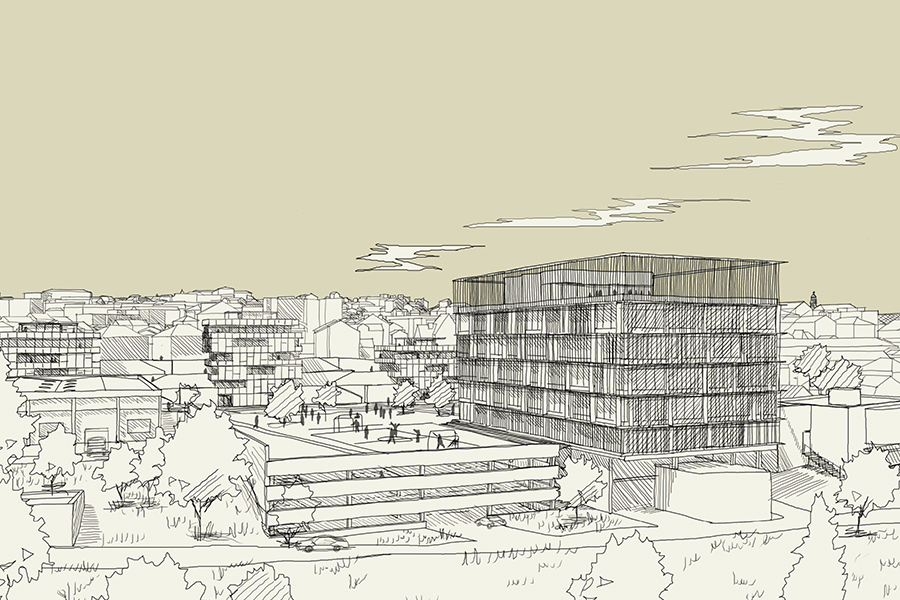 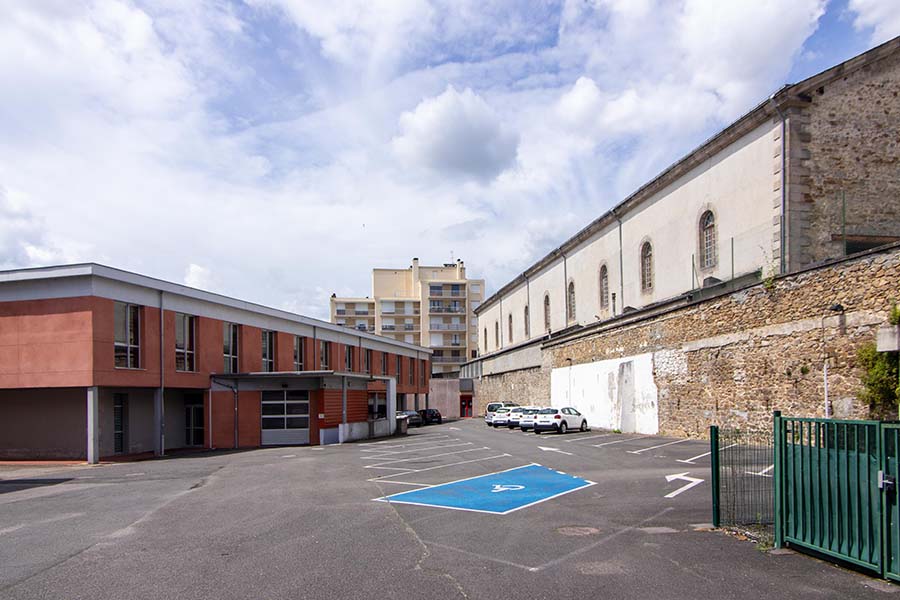 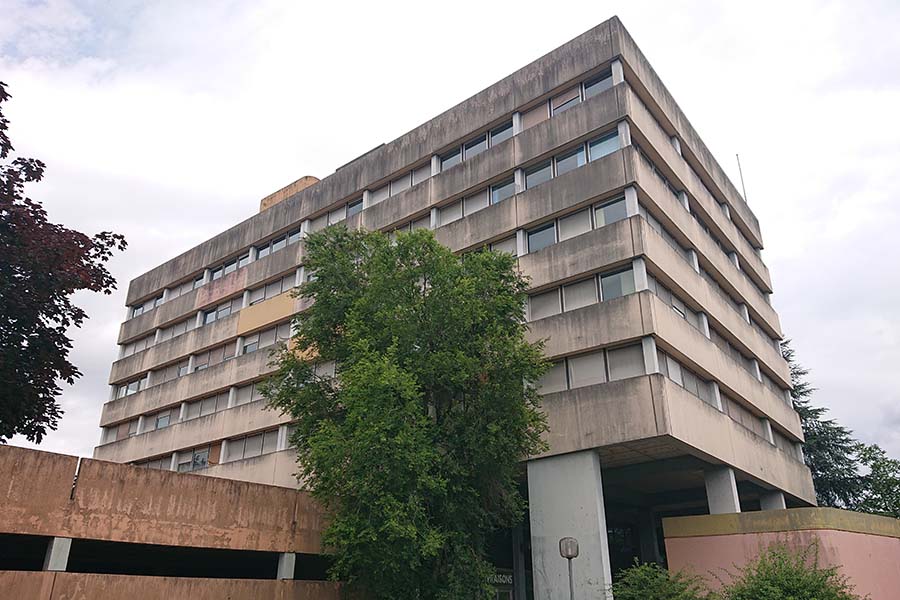 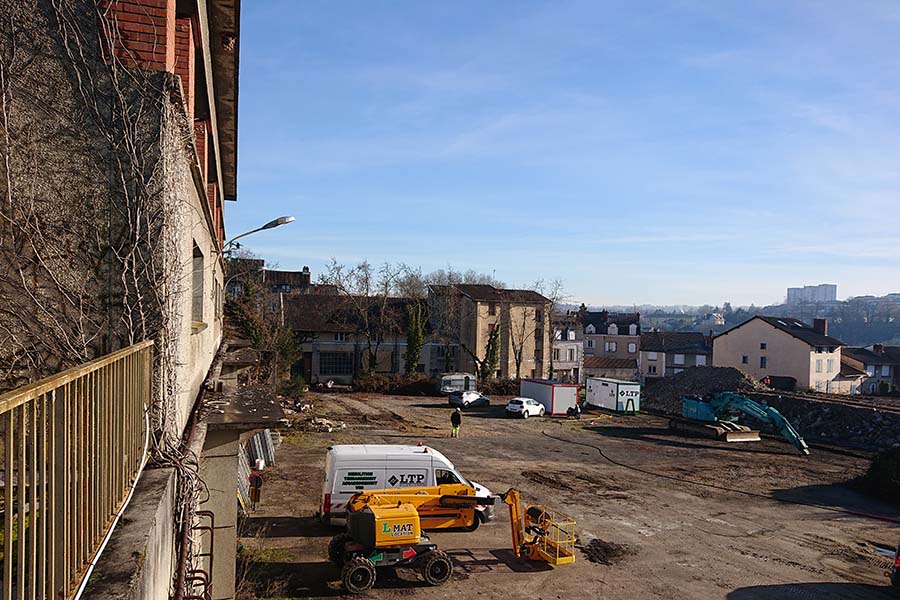 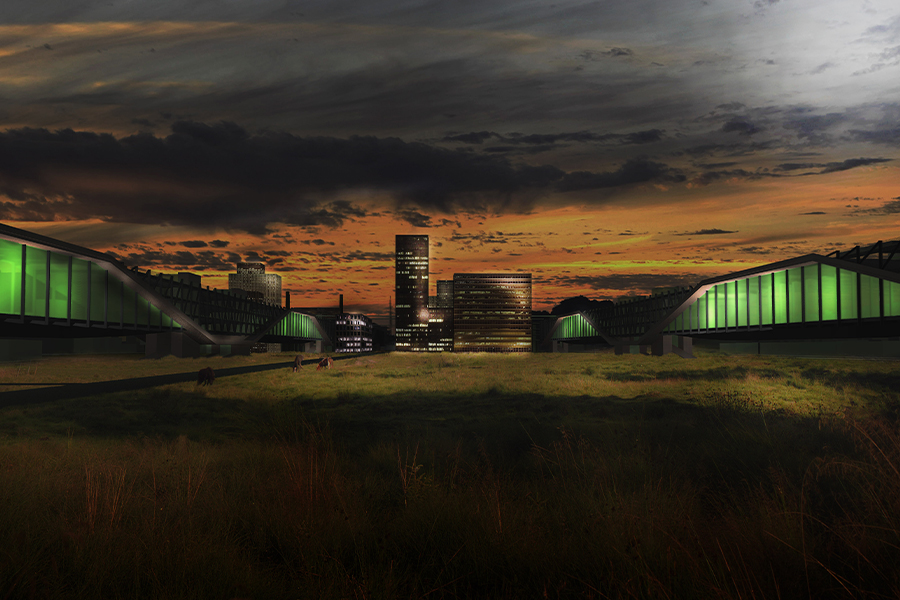 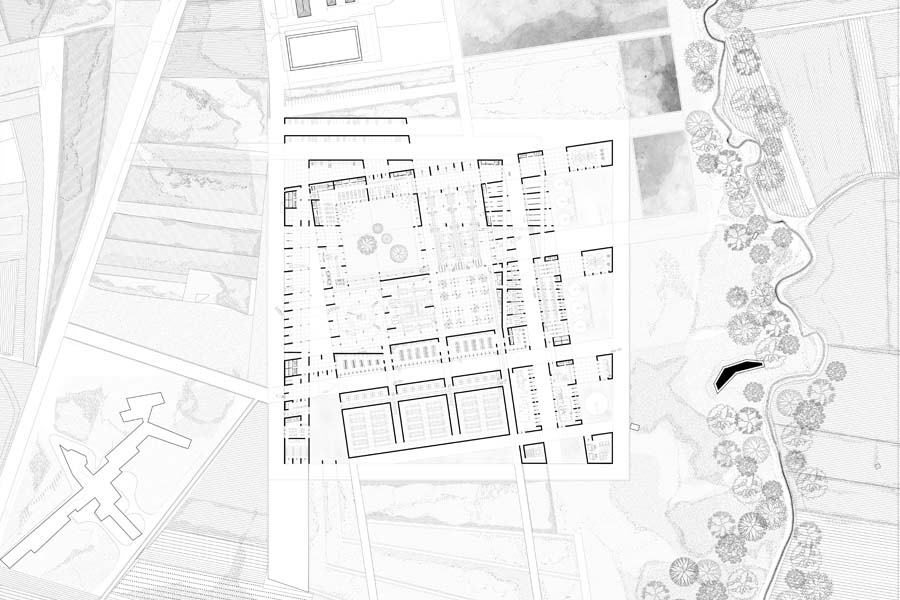 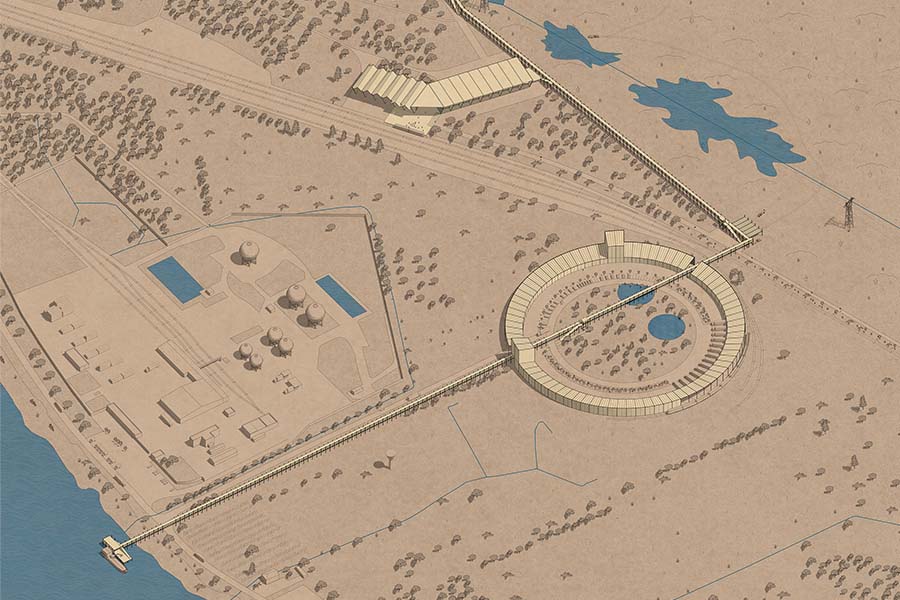