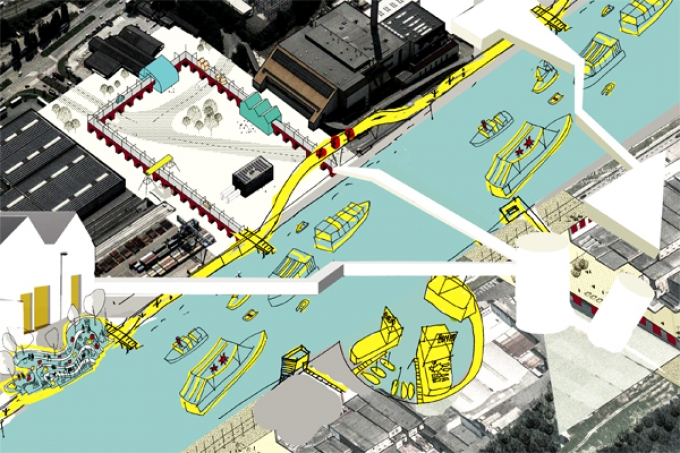 A series of points are identified, in which urban residential tissues are able to infiltrate towards the canal.
These situations are conceived at the same time as a row of productive enclaves and a a network of public spaces, which should reinforce and stimulate the interaction between productive and non-productive activities.
A row of sit specific intervention is proposed in strategic locations, four of which are developed as hybrid scenarios: a productive square linked to the existing incinerator area; a productive marina in synergy with the huge parking lot; a productive gallery, linked to the old brewery; and a productive park linked to the Solvay campus. 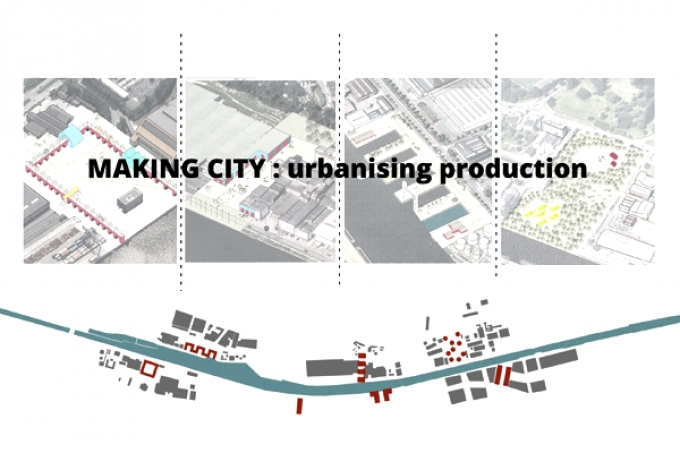